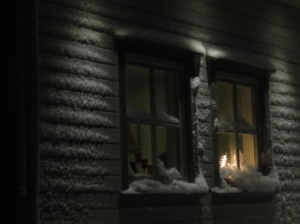 Yesterday morning I woke up to snow and since we live at the bottom of a private road, no one would be coming anytime soon to dig me out. I made the best of it with a good book and plenty of hot tea.

Last night a friend called to tell me there was another storm on the way. Afterwards my husband called from an oil platform in the North Sea to tell me his helicopter had already been cancelled and he wouldn’t be coming home before Monday!

Feeling cooped up and worried about my empty refrigerator, I decided to take a walk up the road to get some air and check the mailbox. (my mailbox is about a quarter of a mile up the road). All my neighbors live at the top, there are only empty summer cottages and boat houses down by the water, where I live. Trekking up, the snow felt crisp and frosty beneath my feet, not too slippery and this gave me an idea…

I decided to try to get my car up the hill. I have good winter tires and four-wheel drive (but that didn’t stop me from spinning off the road last winter). I gave it gas, went zooming upwards and then made the mistake of trying to shift gears, half way up. The car lost momentum while shifting and the tires began to spin on the ice under the snow. I backed up (or down in this case) and tried again. This time I stayed in first and floored it all the way!

I parked the car at the top and walked home. This morning I bundled up, walked back up the hill to my car and drove to the store. I ended up buying five bags of heavy groceries and therefore, had no choice but to drive down again. Throughout the night strong winds had blown even more snow onto the road…

I held my breath and kept a light foot on the brake as I drove down through the snow drifts.

I don’t think I’ll be brave enough or that it’s even possible to get the car up again. But I have tea and plenty of chocolate in the house now, so who cares… I’ll be alright. 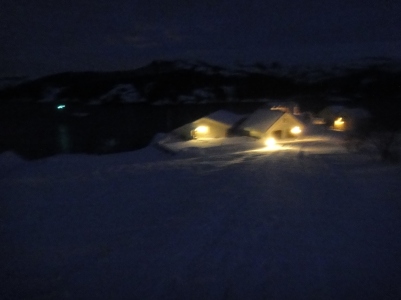 Walking down to my house in the winter 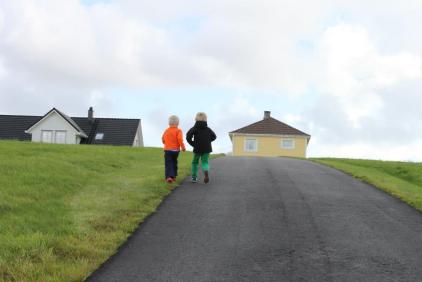 Walking up from my house in the summer

Posted in Stories in general 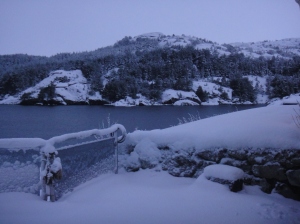 We got at least eight inches of snow dumped on us last night and I can’t get my car out of the garage. We live at the bottom of a very large hill and since it’s a private road, no one will be coming to plow. It’s even too slippery for me to walk up. My husband is out on an oil platform in the North Sea and my son is visiting friends in the Netherlands, so they can’t help. I tried to shovel a path for the dogs, because the snow was too deep for them to walk in. The snow was heavy, but after an hour of hard work I manage to dig out a little spot for them. 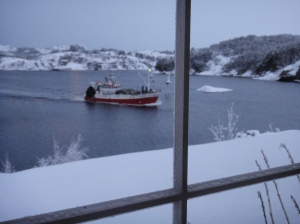 But I guess it’s time to build a fire, make some tea and settle down with a good book, or maybe I’ll pop on a Jane Austen film… 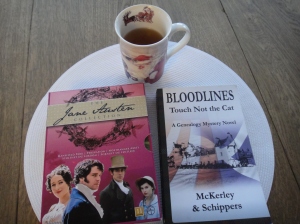 It may just be a good day after all.

Posted in Stories in general