Magma Geopark is an area of unique geology. The geopark is located in southwest Norway and is a member of the European and Global Geopark Networks. These networks are under auspices of UNESCO. I live in this area.

Yesterday my husband and I met up with friends in the next town over, called Sokndal. Our goal was to find the abandoned titanic, iron/ore mines at Blåfjell (Blue Mountain), which were mined between 1863 to 1876 and where a total of 90,000 tons of ore was exported. We followed an old railway trail, which was once used to move the ore from 106 m above sea level to the coast about 8 km away.

The nature was breathtakingly beautiful, too beautiful not to share…

Before reaching the mines we passed Ruggesteinen, which is a large “rocking stone”. It is a huge block of anorthosite that fell from a steep slope. When it came to a halt it was balanced on small rocks, which makes it possible to move slightly -if you push on the right place.

I was able to rock it, but I needed a little help to get it started.

We found some other interesting things along the way as well…

The work of a beaver

The remains of an elk

And all different types of moss on the mountains

We also came across an abandoned movie-set used in the filming of a Norwegian historical murder mystery called, Skumringslandet. The English title is The Veil of Twilight and is set in 1349. The production ran into problems when two of its men were swept out to sea and drowned while filming scenes along the coast, during a storm. The film has yet to be released.

The abandoned movie set of Skumringslandet

Finally we came to the mines, which had chains across the entrances and signs saying, Enter at your own risk. We of course entered but didn’t stay long. It was dark, damp and I was suddenly afraid there may be bats lurking… 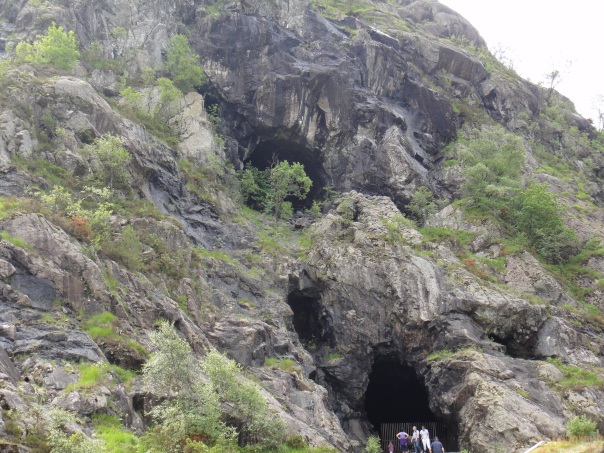 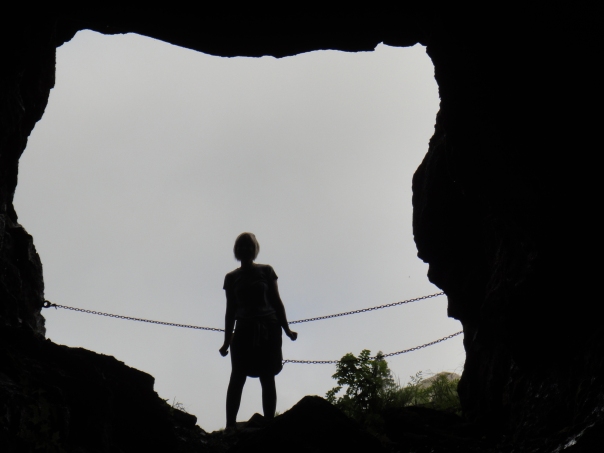 The cave entrance at Blåfjell

it was a nice Sunday!

Posted in all things Norsk, Photos, Stories in general, travel