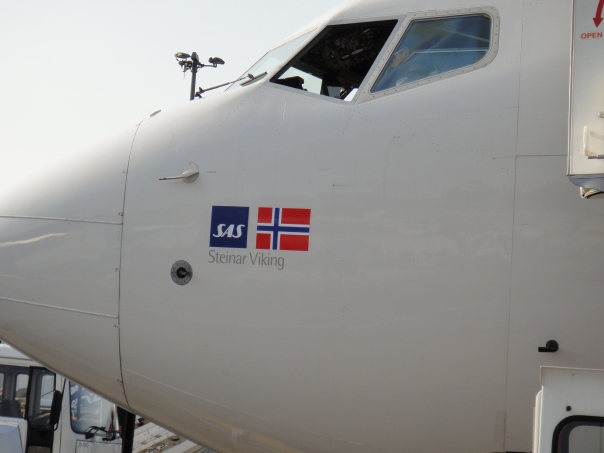 Our trip to Scotland wasn’t exactly what I’d call a vacation, but it was however, a very interesting trip…

As our plane reached cruising altitude and the captain was about to give his customary announcement on weather conditions and flight time, I heard something odd. He started the announcement saying, Your Royal Highness, ladies and gentlemen.

Hmmm… Could I have heard wrong? No one else seemed to notice, not even my husband or son. I took a quick look around and saw the whole first row was empty except for one man, sitting next to the window, on the other side of the plane. Behind him, in the second row there were just two men sitting in the isle seats. By now my mind was racing (out loud) and my husband had to tell me to calm down, but I couldn’t. I finally asked the flight attendant, right out… Is there a royal onboard this plane?

Sure enough, Kong Harold, the King of Norway was sitting fifteen seats in front of me and it turns out he always flies commercial. 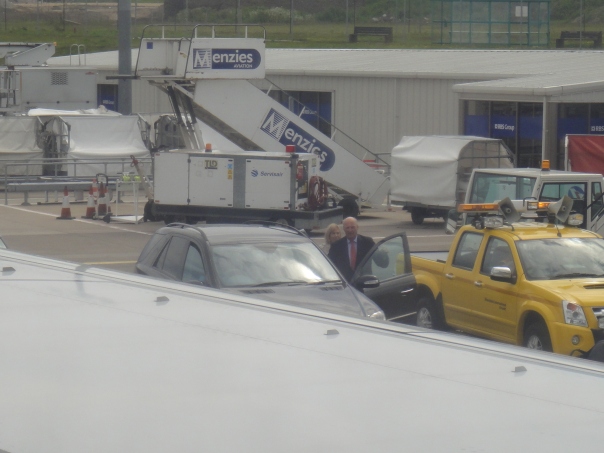 The King was the first one off the plane where a car was waiting for him. I took this picture from inside the plane, that’s him getting into the car. It’s the closest I’ve ever been to a king!

When my son came to me last summer and said he wanted to learn how to play the bagpipes, I thought it was a joke. Turns out he was serious and has worked diligently this past year learning to play the chanter, which is the part of the pipe with the finger holes. The next step is getting the actual bagpipes, which is what brought us to Scotland. We spent five (cool and drizzly) days in Glasgow, where we stayed and my son attended a piping course at the National Piping Centre. He got his pipes and his kilt should arrive in about six weeks (it had to be custom ordered). 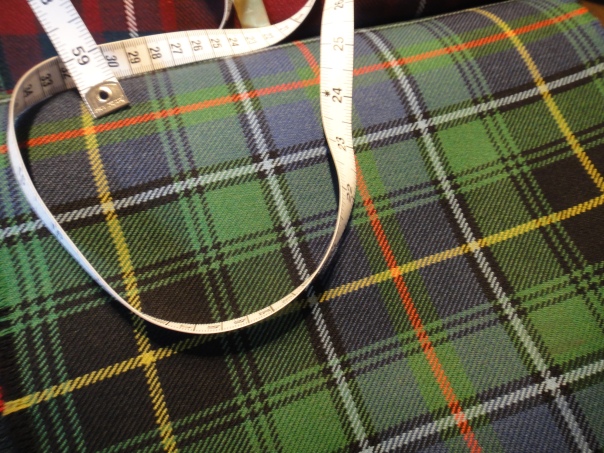 This is the tartan my son chose for his kilt

Because he had four classes a day with a lunch break of two hours in the middle of them, it was impossible for us to get out and do very much. All the sightseeing points of interest closed at five, which is when his last class ended. I did however, manage to get in a wee bit of shopping on Buchanan Street. We took evening strolls in Kelvingrove Park and the Necropolis Cemetery next to the Glasgow Cathedral. I know it sounds weird to stroll around a cemetery but the gothic-style mausoleums and giant headstones are quite a sight.

The other thing I did, was drink tea. It’s one of my favorite things to do in the UK. I’m always in search of a tea shop and I found some nice ones in Glasgow. Among them, Bradford’s, The Willow Tea Rooms, which were designed by Charles Rennie Mackintosh in 1903, and my favorite, Cup Tea Lounge. Where I had the most amazing cup of White Jasmine Tea imaginable! And the cupcakes weren’t bad either 🙂

I’ll leave you with this: 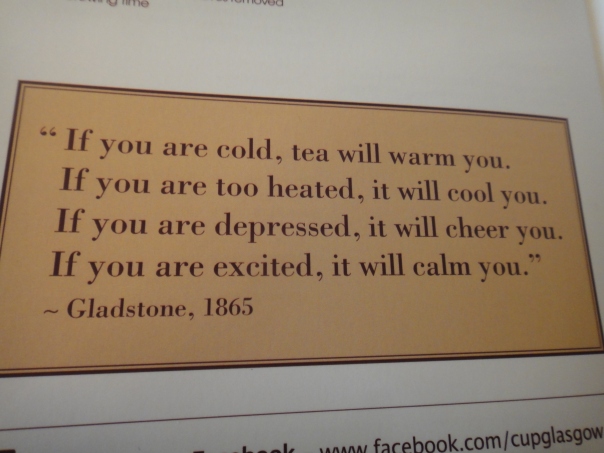 Words to live by…