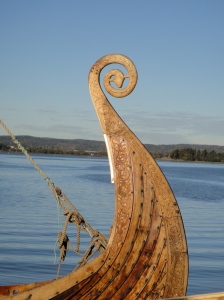 I ran away from home this week.

I went with my husband on a business trip to Tønsberg, which is the oldest town in Norway. While he was in meetings, I explored the city and visited the Viking graves.

The following morning we went cycling on the trails outside the city. The weather was perfect.

We later drove to Andebu, to visit the wooden medieval Høyjord Stave Church. It’s presumed there was once over a thousand of these churches spread across Norway and now there are only twenty-eight left. This one dates back to 1150. 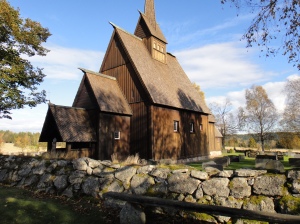 We also went to a place called Åsgårdstrand, in search of the artist Edvard Munch’s house. He is mostly known for his famous painting the scream. It was in 1889 that Edvard Munch (1863-1944) spent his first of many summers in Åsgårdstrand. He once called the little house, the most pleasant house he ever lived in. Everything inside the house is exactly as he left it.

The artist painted many of his famous masterpieces here. The Dance of Life 1899-1900 is my favorite. This painting is from the beach in Åsgårdstrand. The theme of this work is a woman in three stages of life. The young innocent, full of anticipation. The mature woman in the middle of the dance of life and the aging woman observing from the outside.

Just before dark, we drove out to the southern tip of an island called Tjøme. To a place called Verdens Ende, which means, the world’s end. Standing on the rocks looking across the vast area of ocean, I really do feel as if I’m at the end of the world. 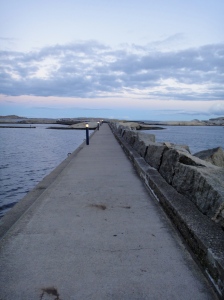 There is usually a lot of sea lions out here

You know you’re at the world’s end when you find a telephone booth!?! 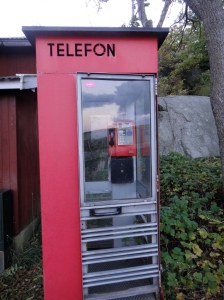 Vippefyret is a replica of a medieval lighthouse. 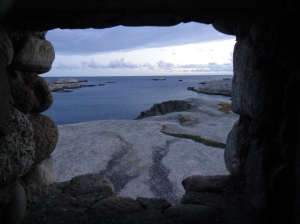 This could be a very dangerous place in a storm.

It may take a while for me to get home…

I grew up on the Jersey Shore and now live in Norway. I have also lived in Houston and the Netherlands. I have written a memoir called Fly Away Home.
View all posts by maggiemyklebust »